The Florida Chautauqua Little Theater was organized in 1983 to provide an opportunity for persons of all ages to directly participate in community theater.  The first production, under the direction of Elizabeth Neel, was held in the Chautauqua Hall of Brotherhood on May 5, 1983.  The first plays performed were, “Louder, I Can’t Hear You” and “Suppressed Desires”.   In 1987, the decision was made to move the productions to the Ritz Theater. The theater, at that time, was closed and it was necessary for volunteers to literally shovel dirt from the inside aisles prior to their performance. The theater was leased for the price of $1.00 from owner, John Lawson.  In the spring of 1991, The Florida Chautauqua Board of Directors took a giant leap of faith and voted to purchase the theater.  The productions continued in the “new home” without the luxury of heat or air conditioning.  In spite of the physical condition of the building, the theater programs flourished.  Finally, in 1996 our organization was awarded a grant from the Florida Department of State Division of Historical Resources for $297,000.  Our long awaited dream of restoration was to become a reality.  The citizens of Walton County rallied behind the project and contributed funds and in-kind services.  The restoration was accomplished with inmate labor squads from the Walton Correctional Institute.  Their services were valued at $100,000. Total project costs reached $600,000.  In 1985 the adjacent building, the Seymour Building, was purchased to provide additional space for rehearsals and dressing for productions.  The theater currently has no “formal” dressing rooms for performers.  There are also no set construction facilities and sets are construction on the main stage.  Under present conditions the performers must enter the stage from the rear of the Seymour building. Future plans are to build an addition that will provide for these needs and connect the theater and the Seymour property. 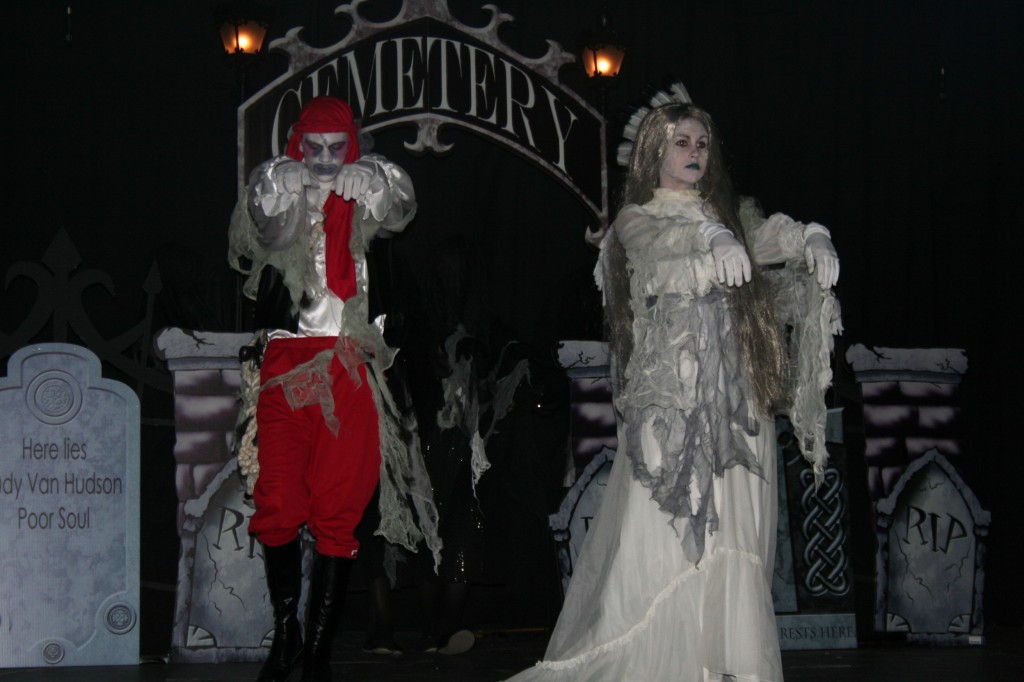 The Legend of Sleepy Hollow

Under the egis of the Chautauqua Festival Committee, The Florida Chautauqua Children’s Theater first came into being in the fall of 1989.  The group was originally called the Limelighters. Over ninety children, ages five to twenty, enrolled in this theater group with approximately 85 children being involved with the group’s premier production of “The Wizard of Oz” in March of 1990.  The children performed to standing room only crowds and received standing ovations for their efforts during Oz’s three day run.  The Children’s Theater was the dream of local author and director, Adair Wiess.  After its original production, the theater continued averaging two productions each year.  As a unique feature of this group, parents of actors participate in the production in volunteer capacities by working backstage, assisting with design and construction of costumes, application of actors’ make-up, operating sound and lights, set construction, marketing and even theatre cleanup. This provides for a total family experience.  Children from all areas of Walton County have performed and enjoyed the magic of live theater.  The Children’s Theater continues productions, as well as workshop experiences, that enable students to improve upon their vocal skills and stage presence.  The program has generated a passion for the arts and a life-long love for the theater.  We currently have past performers participating in venues from California to Alabama and even New York.   The Florida Chautauqua Children’s Theater is a vital part of the community of Walton County.  Auditions for upcoming plays are advertised through the local media and are open to all children; grades kindergarten through college. 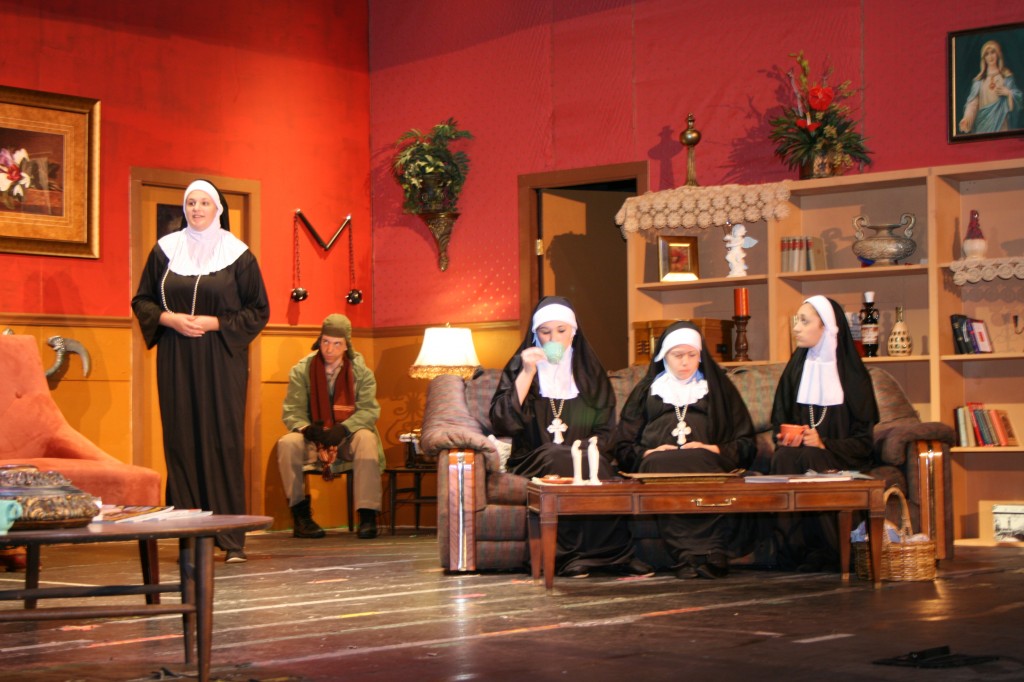 Murder Can Be Habit Forming